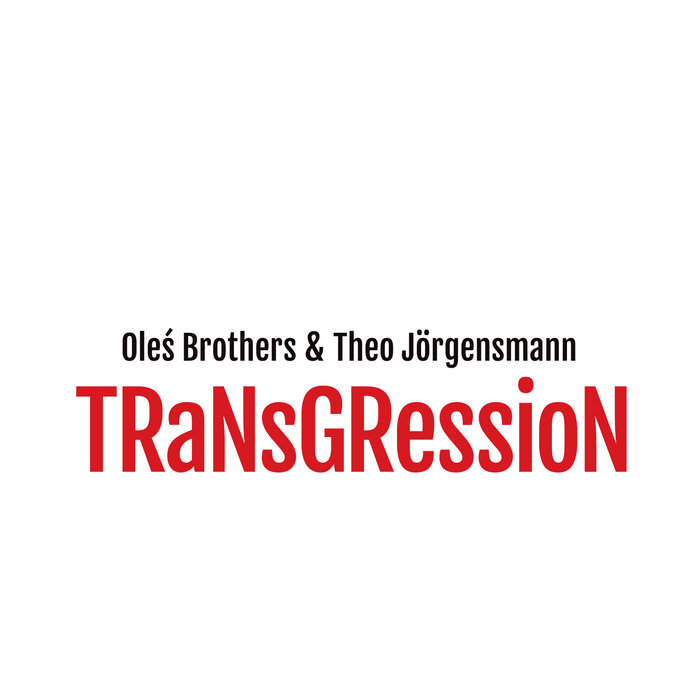 It’s a strange title for such a coherent, distinctive piece of work. The dictionary tells us that to transgress is “to go beyond a boundary or limit,” and a transgression is, typically, “infringement or violation of a law, command, or duty” – usually a dangerous, harmful, or destructive circumstance, and hardly characteristic of this trio, a smoothly functioning, vigorous, complementary entity since 2003, having concertized throughout Europe, and recorded four albums before this one (including a previous release on hatOLOGY 646, Alchemia, in 2007). Their closely-knit, keenly responsive, deftly organized music is indicative of shared values, a disciplined (if not noticeably limited) perspective, a consensus of formal boundaries; exhilaration results from their intensified response to the tensions that form implies.

But gradually, listening to the music, another point of view emerges. The nature of improvisation reminds us that form is not a shape to adhere to or vessel to be filled, but a state of mind that determines the identity – thus, the meaning – of the experience. Allen Ginsberg, in his poem “Cosmopolitan Greetings,” confirms that “The universe is subjective…” and that spontaneity feeds creativity: “First thought, best thought. / [when] Mind is shapely, Art is shapely.” But another discriminating poet, Alice Notley, has replied that “Mind is shapely, as Allen Ginsberg says, but it isn’t shaped like art.” Art has the option of being shaped according to our desire and intellect, which frequently requires conscientious design. Even when art becomes the product of more than one mind simultaneously, as in the case of an improvising trio like this, and the complexities of detail and organization multiply exponentially, there is room for conscious as well as spontaneous activity. The stronger their relationship – the more experience a group has together – the more likely their collective mindset will be drawn to familiar responses and favored solutions, and form appears in recognizable shapes.

Often, this is the preferred endgame of cooperative ensembles – the classical comfort zone of clarity, balance, and proportion, qualities appreciated by and apparent to the audience as well as the artist(s). But in this case, the three-year gap between their previous album and this one was, in the words of bassist Marcin Oles, “a period of less activity of the group due to researching for new possibilities of the sound and playing.” To keep the group psyche fresh and alert, to allow the music to find new sources of motivation and meaning, what was needed could be thought of as a manner of transgression – not in the pejorative sense of violating established rules of order, but in the positive sense of exploring beyond the limitations of past experience. Sometimes the mere hint of a transgression is deceptive enough to confer an oxymoronically heroic outlaw status, although, as Bob Dylan sang, “To live outside the law you must be honest.”

If this means that the trio has undergone specific changes in their conceptual approach or methods, however, their music is revealing no secrets. What can be felt is an increasingly compatible interaction; all three musicians breathe the same air of inspiration, while remaining comfortable in their own skin. Drummer “Brat” Oles plays with the mixture of awareness and abandon reminiscent of a Krupa in the high-flying Benny Goodman Trio, updated with a post-rock rhythmic impetus – notice the way he illuminates the gradually blossoming clarinet of “Bienek’s Silesia” with a palpable, almost sculptural tangibility; his explosiveness in “Orderly Mess;” the way he romps through “Echoes from Bruel” with the élan of Ed Blackwell or Ronald Shannon Jackson. His brother Marcin brings a soulful, singing quality to the bass role – one example is the aria-like solo of “Auray,” along with his frequent melodic line unisons with the clarinet. Together, the bass and drums matter – they have weight and fill up space, but are equally ethereal, dancing like angels on the head of a pin during “Transgression.” As for Theo Jörgensmann, he’s carved out his own niche as an improvising clarinetist; his melodic ardor and eloquence, restless and unpredictable, deserve and reward close attention.

It’s significant that all three receive compositional credit, separately; none of the pieces are considered group efforts, and yet it is the ensemble sensibility – spontaneous gestures and plotted sequences alike – that provide their drama and shape-shifting form. Jörgensmann’s heads, like “Echoes from Bruel” and “Cool and Free,” are fluid and fractured at the same time. Marcin offers, among others, the mercurial freebopping “Pariskop” and galloping frolic “Orderly Mess.” The development of Brat’s themes evoke a dark, murky Eastern European forest through the folk-like “Transgression” and twisting, noirish rain-soaked dark alleys and side streets in “R. 114,” while “Kintetsu” implies a new attitude and architecture of the blues (with clarinet invoking the shakuhachi’s split tones and breathy tone). Even the concise details and taut construction – each of these eleven pieces is shorter than the expansive live performances of Alchemia – demonstrate a renewed focus and unanimity of purpose. Such controlled circumstances, then, violate, and simultaneously reconfigure, the urgent expediencies of freedom from the inside-out. The music, dynamic and resourceful, essays their ideas, images, and memories in an intuitive, revealing, collective consequence of form, as shapely as any “orderly mess” by Pollock or Pound. If that’s a transgression, deal me in.

Special thanks to Maciej Karłowski and the Foundation Słuchaj who decided to buy the rights to "Transgression" from HatHut Records and lead to the issuing the recording, which we waited for 6 years. This recording is effect over a ten-year collaboration with Theo Jörgensmann. Is a bridge between very emotional and seeking space and our own musical language, music creation.
Bartłomiej Oleś