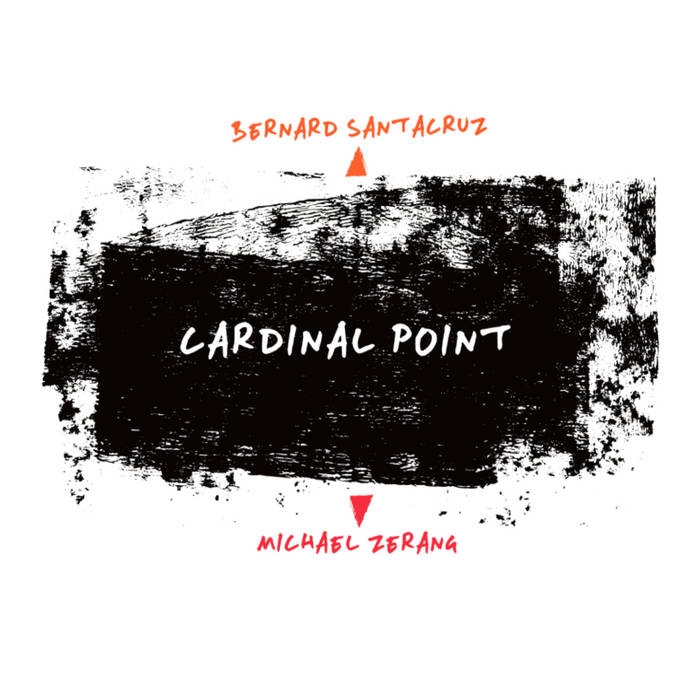 They are the confrontations, between musical forms, between musicians, that have made, are making and will make jazz. Not in the sense of rivalry or conflict, but in the sense of the addition of differences, of enrichment through contact with otherness and novelty. Jazz was thus forged through encounters; it turns out that both are looking for them, Bernard Santacruz, born in Algiers and living in the south of France, as well as Michael Zerang, whose parents, Assyrian, left Iraq and settled in Chicago. They have multiplied experiences over their rich respective journeys, notably towards Europe for the Chicagoan and the United States for the French, each time expanding their musical fields.
Michael Zerang and Bernard Santacruz met for the first time in the early 2000s within the trio Vega, Jeff Parker completing the group, which recorded a great album for Gérard Terronès ("Vega", Marge 30). A little less than fifteen years later, it will be ‘The Bridge’ who will make them meet again, in quintet this time, with Joëlle Léandre, Douglas Ewart and Jean-Luc Cappozzo ("Sonic Communion", The Bridge Sessions, TBS 01); this already gives a little idea of the extent of their musical fields.
We find them here in a more intimate form. Even if double basses and drums have not been confined to the role of rhythm manager for a long time now, bass/drums duets are still (too) rare. What makes the strength of this duo is the listening of the other one; and this listening is not to the detriment of expressivity but, on the contrary, it is entirely at its service. Even in the two solo pieces, Sand And Roses (Michael Zerang) and Arlequin, (Bernard Santacruz), one feels that the other is not far away. On Nefertari, the double bass is more lyrical while the drums are more in search of new sounds; it will be rather the opposite on Stay The Course. Cardinal Point and Copeaux and Limailles will be for each one the opportunity to touch the limits of their respective instruments, without getting lost and while remaining very attentive to each other. "Cardinal Point" ends in very beautiful complicity with Bernard Santacruz's favorite composition, White Horses.
Much more than the sum of two magnificent musicians, a true duo is born; and in this case, one plus one is much more than two!

All music by Bernard Santacruz (SACEM) and Michael Zerang (Munimulamusic/ASCAP)
except 3 by M. Zerang, 5 & 7 by B. Santacruz