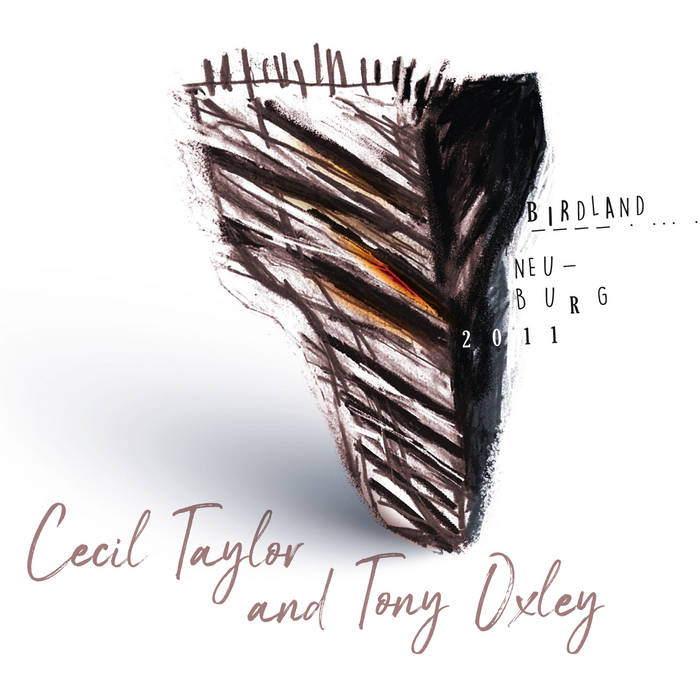 j4yheindeo Longtime fan of CT ... still assimilating his music, such breadth & depth! Appreciate your making this available .... Thanks very much!

Ronald (Ron) de Jong Beautiful crystalline improvisations recorded with a rare intimacy. A blissful sound of dimension and place. A true gift of extemporaneous expression from these masters. Indispensable.


It was a rare moment – the evening of November 18, 2011. A moment of special intimacy. European fans of pianist Cecil Taylor got closer to him than ever before. It wasn’t like a few years ago, when some 1000 listeners gathered in the Prinzregenten Theater in Munich; now only exactly 112 fans gathered in the Birdland Jazz Club in not very far away Neuburg an der Donau. Neuburg is a city dating back to the Renaissance with 28,000 residents, midway between Munich and Nuremberg. For the past few decades the local jazz club, with its unusually well-developed program, has drawn music fans from a wide circle to its current beautiful room in an historic basement vault. Up front – Cecil Taylor, the small, slight man with great energy, the master of free sounds that rumble like thunder but also tinkle like splintering glass. What a contrast! And what a musical experience!

In my role as the person responsible from the Bayerischer Rundfunk broadcasting service for this recording, I had begun this experience in the afternoon as Cecil Taylor was warming up. For two hours the 82-year-old musician sat there at the piano, with his shirttails hanging out, wearing very large white sneakers, running through chords, chromatic eruptions, and fast monophonic sections. He worked meticulously as he sensed the place in the music and prepared himself for the moment of entry. Again and again he played similar figures, and it seemed as though he were sorting out the material for improvisation in the evening together with percussionist Tony Oxley, one of his long-time companions.

Then to the concert. Significant tension leading from a seemingly soft passage, feeling its way, and then again and again rising to energy-laden high points. Whirling melodies, clusters, bass figures like the one of the “gnome” in Mussorgsky’s Pictures at an Exhibition, all together with the rumbling anarcho-percussion of Tony Oxley’s drum set arranged in an unusual manner. In one part of around 40 minutes and another of about 15 minutes of music, plus a recitation of lyrical texts accompanied by drum, the concert came to a compelling high point of tension. By the way: Cecil Taylor used notes, not musical “notes,” but notations that Cecil Taylor had in front of him – mainly capital letters that he had written one above the other and that were probably the names of notes. These towers of letters resulted in crooked descending lines on full-size sheets lying across one another, with the lines growing ever smaller. What was a wild, disordered landscape of penciled and red marker lines was really the outline for what we heard that evening from Taylor on the jazz club’s Bösendorfer piano.

Like a giant wave that drags more and more material along with it, growing and unfolding in unpredictable power, in the first section the energy and dynamics of this concert duo grew enormously, and then this wave once again ebbed and formed gentle little islands. The second part began in the last quarter hour of the performance quite softly, virtually delicate for the way Taylor was playing. At the end of the concert he came back to this expressiveness, a type of music that has the effect of a poetic echo of Taylor’s life work. Note the quite laconic ending figure of this performance!

The end of the concert was like the blinking of an eye. Like a self-ironic resolution of the previously bottled up tension. Cecil Taylor’s music was here the experience of existence, a gruff unexpected seeking and finding of tones for the moment, an aesthetic that was unconditionally radical. However, Taylor’s radicality was combined in this special moment of his late work with a surprisingly relaxed mood. The wild man at the piano presented himself with an almost childlike playfulness. His music was perhaps gentler than usual, but in no way harmless; it was still a music without any compromises. I think that in this recording you can especially find enjoyment in the intimacy of the venue. You can hear in the sound of the recording that the room was relatively small, and you can hear from the applause that this was just a small audience enjoying an exceptional experience. It is wonderful that now more people can share this music!